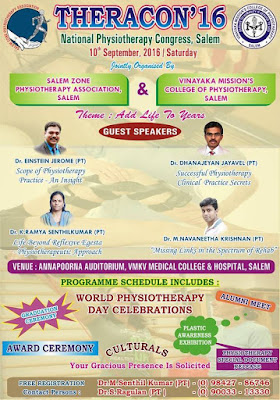 Posted by Einstein Jerome at Monday, August 29, 2016 No comments: 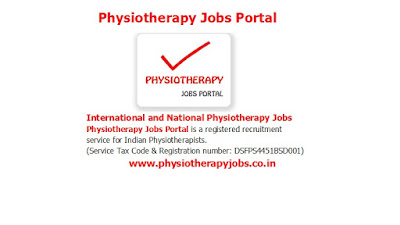 Posted by Einstein Jerome at Monday, August 22, 2016 No comments:

Role of Physiotherapy in India’s First Olympic medal at Rio:

India’s Sakshi Malik wins a bronze medal in the wrestling 58kg category after the Indian beat Aisuluu Tynybekova of Kyrgyzstan 8-5 in the bronze medal bout. In a thrilling contest, Sakshi fought back from 0-5 down to seal the bout 8-5 in her favour. With seconds left on the clock, she produced a three-point move to seal the bout and India’s first medal at Rio 2016 Olympics.

Vinesh, who won the gold medal in the World Olympic Qualifying Tournament in Istanbul (Turkey) recently,said” The current Physiotherapist - Rucha - has been with us for a significant period of time and the best part is that she devotes all her time to the women wrestlers. In a tournament of the stature of Olympics, it's important that the women wrestlers have a dedicated Physio for them," Vinesh said.

Kuldeep Malik, the national women's wrestling coach, also endorsed Vinesh's point of view. "A separate physio is always dedicated to the women's wrestling team for various other tournaments we go to. Considering the significance of Olympics, the women's team having its own Physio is essential," he said. 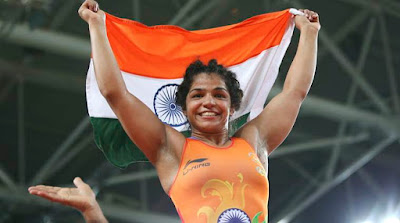 Robotic legs could power up Physical therapy for kids with Cerebral Palsy :


Kids suffering from Cerebral palsy may soon have a powerful new Physical therapy technique in the form of robotic assistance for their legs. A study is being conducted on the potential benefits of the system, newly adapted for the use of children.

Lokomat is a “robotic gait training program” that’s been around for a couple of years, but mainly used by adults. As any doctor will surely tell you, treating kids is a whole different process — and not just because they’re smaller. Just like in school, motivation and attitude need to be considered more closely.

“Robotic gait training interventions are becoming more and more popular, especially for parents who are seeking out the newest technologies and interventions,” explained Shanon Phelan, who’s helping run the study at the University of Alberta. “We tend to assume all children want to walk or use a robot because it’s cool, but that’s not always the case and it’s important to listen to the child’s perspective on this.”

At  the university, the researchers conducted a little photo op and press event to show off the device. 12-year-old Maggie Slessor, who suffers from a form of cerebral palsy, demonstrated the Lokomat with the help of her physical trainer.

In the press release announcing the study, Slessor is enthusiastic: “It’s great to be able to walk without having to hold on to anything. My friends think it’s really cool when I show them the pictures. They think I’m a robot!”

The legs support the user’s body weight while guiding them through the ordinary motions of walking; this reduces or eliminates the need for the person to hold onto something while they walk — potentially providing a big morale boost. That’s especially important with children.

“We are interested in how the treatment affects walking,” explains the study’s leader, UA’s Lesley Wiart, “but also how it affects the child’s confidence to participate in physical activities and their participation in other activities in their homes and communities.”

The study will be the largest randomized, controlled trial yet to evaluate the effectiveness of robotic gait assist, but the “qualitative” aspect of it is also new. Even if it were to only have a minimal effect on the physical side, it could still be a major success on the psychological front.

Work has just begun, and the study is expected to last five years and involve at least 140 kids. Good science takes time, after all.

Posted by Einstein Jerome at Saturday, August 13, 2016 No comments:

The Sports Ministry had ignored Dipa Karmakar's request for a Physio to travel with her to Rio but the government rushed Physiotherapist Sajjad Mir to the Olympics days ahead of her vault final.

Ever since Dipa Karmakar qualified for the Olympics in April, she has been putting in all the hard work to make a mark at the biggest sporting spectacle in Rio. Her efforts and hard work bore fruit when she qualified for the vault final on the opening day of the 31st Summer Games.

It was only then that the India Sports Ministry realised the extent of her achievement as she became the first Indian gymnast to make it to an Olympics final. Dipa and her coach BS Nandi had requested that their Physio Sajjad Mir be allowed to accompany them to Rio.

But those requests fell on deaf ears and both Dipa and her coach had to leave for Rio without their physio.

It was only when she made it to the final of vault that the Ministry realised that she actually needed a physio urgently.

The officials began the necessary paperwork. Immediately after she qualified, Mir was asked to leave for Rio at very short notice.

Dipa, who turned 23 on Tuesday, will compete in the vault final on August 14 and thankfully, she will have her Physio to look after her following every energy-sapping training session.

Mir reached Rio on Tuesday evening but will be allowed to enter the Games Village, where Dipa and her coach are staying, through the daily pass as he is not an accredited official.

Ahead of the Rio Games, Dipa was training under the watchful eyes of Nandi without no distractions around. Nandi insisted that she be allowed to train without any disturbances and even in Rio he has put the Agartala girl under 'house arrest'.

She isn't allowed to take phone calls, except her parents, but Dipa isn't complaining. After all, this is what she has been training all these year, the biggest and the most important leap of her career. 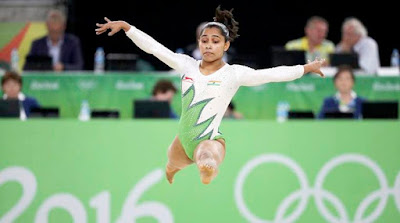 Presentation on "Role of Physiotherapy" in The National Bone & Joint Day Celebration organized by the Department of Orthopaedics in association with Indian Orthopedic Association. Knowledge sharing day among Orthopaedic Surgeons, Physiotherapists and Other Specialist Doctors. 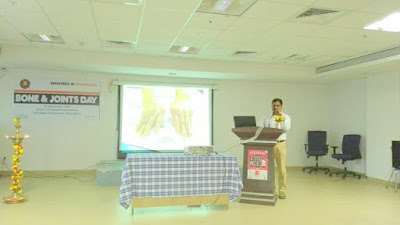 Posted by Einstein Jerome at Thursday, August 04, 2016 No comments: