A Research which can be interpreted as Physiotherapists having a major role in the Health Care System of India in the treatment of Musculoskeletal Disorders and Disability Management. The Data can be submitted the Health Ministry.

In India, Diabetes and other Musculoskeletal disorders have replaced diarrheal diseases and vision problems as leading causes of years lived with disability (YLDs) - a measure of overall disease burden, expressed as the number of years lost due to ill-health.

Between 1990 and 2013, years lived with disability among women with diabetes increased by 109%, whereas from other Musculoskeletal disorders increased by 110% in India

The study was conducted by researchers working on the Global Burden of Disease project and led by the Institute for Health Metrics and Evaluation (IHME) at the University of Washington. 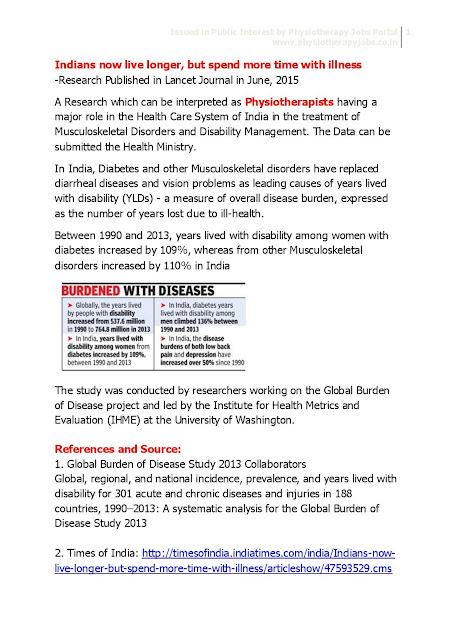