An Article in The Hindu Newspaper on Sports Injuries:
Believe me, there is no one more pathetic in this world than the injured recreational runner!
When the injury does not resolve with the traditional RICE (Rest, Ice, Compression & Elevation), it sets off a cycle of frustration and depression that seems unrelenting, both for the runner and for the people around him. The runner (probably deprived of his exercise-induced endorphin boost) starts questioning his self-worth and may often annoy unwary friends and family with unsolicited rants about how his life has been robbed of its meaning!
Oh, come now! It’s not that bad! Most running injuries are a consequence of overuse; running too much, running too fast or often running beyond one’s limits, maybe to impress someone special! It usually involves the muscles, ligaments and tendons and rarely injures the bones or joints in an irreparable manner. If we took it seriously and sought the right help early, we could be back on our happy feet in a very short while.
Recognition: “Listen to your body” they often caution you. “Stop when it hurts, that’s the body’s warning signal.” As chronic runners, we internalise these messages, but then, our exceptionally well-developed egos often deafen us. We hear the alarms a bit too late. If you are as stupid as I am, and run through six months of pain, don’t expect to be healed in six days. I would suggest that if your injury does not improve with a few days of RICE, look for professional assistance.
Seeking appropriate help: Running communities are flourishing repositories of old-wives’ tales. Even if your symptoms mimic those of a running partner, the cause may be very different and you need a medical professional to differentiate between them. In Chennai, where specialisation in sports medicine is still relatively rare, you may find it difficult to pick the right doctor, but the following points may guide you:
1. Pick either an Orthopaedic surgeon (with training or interest in sports injuries) or a doctor who specialises in Physiotherapy and Rehabilitation.
2. Trust one who takes time to listen to your story, examines you carefully and explains the nature of your injury, without ordering an X-ray or an MRI at first sight.
3. Select a doctor who is empathetic to the centrality of running in your life. Stay away from the ill-informed specialist who overstates the injurious effects of running and heartlessly orders a total ban of the activity.
4. Believe in the doctor who works cooperatively with Physiotherapists in planning both short-term treatment and long-term rehabilitative exercises directed at your specific injury.
When the problem seems to persist longer than expected, I would advise staying away from injections of “cortisone” or even the currently popular “platelet-rich plasma” (Ouch! The last treatment may hurt you and your bank account as well!!!). There is no convincing proof, at present, that these are effective in most running injuries. On the other hand, I am more amenable to less intrusive treatments such as trigger point release or massage, even though they too have not been subjected to rigorous scientific scrutiny.
Most recreational runners should not need surgery for overuse injuries, so seek a second opinion if it is suggested. Adhere strictly to the stretching and strengthening regimens prescribed and be patient about the recovery.
Maintaining Aerobic Fitness: As we tolerantly subject ourselves to the physiotherapy programme, a new anxiety often builds up, especially when we are asked to reduce or even suspend running for a while.
Will the years of building our running base be annulled by this period of inactivity? Will it result in aerobic deconditioning? In contrast to the well-trained athlete, the average recreational runner may notice a significant decline in performance if inactive for even 2-4 weeks, but your doctor and physiotherapist can guide you to alternative exercises that can help you maintain fitness in the interim. The suggested aerobic exercises will vary with the type of injury, and will aim to avoid the aggravation of your injury. In runners, the classical cross-training exercises include cycling, elliptical machines, swimming or pool running using a flotation belt, which minimise impact-related injury and have to be selected under the guidance of a medical professional. Carefully directed sessions of high-intensity interval training (HIIT) may be very effective in certain individuals.
Preventing future injury: Treating the injury is only half the task at hand. Recurrence of the problem or injury at other sites would set the runner back all over again.
A focus on injury prevention is therefore essential and is often achieved by appropriate strengthening of the core and running musculature, once again guided by a competent physiotherapist or sports trainer.
Being injured is, to put it in technical terms, a real pain in the, well… you know…. gluteus maximus! Early recognition, professional treatment and a focus on prevention ought to be a good way to break the cycle. 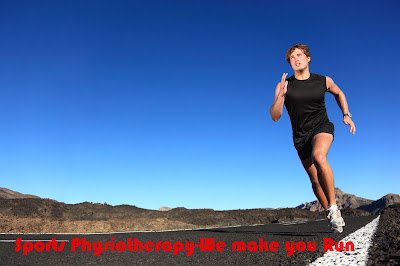