Cricket injuries: a longitudinal study of the nature of injuries to South African cricketers

Objective: To determine the incidence and nature of injuries sustained by elite cricketers during a three season period in order to identify possible injury patterns.

Methods: Thirty six physiotherapists and 13 doctors working with 11 provincial and the South African national teams completed a questionnaire for each cricketer who presented with an injury during each season to determine anatomical site of injury, month of injury during the season, diagnosis, mechanism of injury, whether it was a recurrence of a previous injury, whether the injury had recurred again during the season, and biographical data.

Conclusion: The results indicate a pattern of cause of injury, with the young fast bowler most likely to sustain an acute injury to the soft tissues of the lower limb while participating in matches and practices during the early part of the season 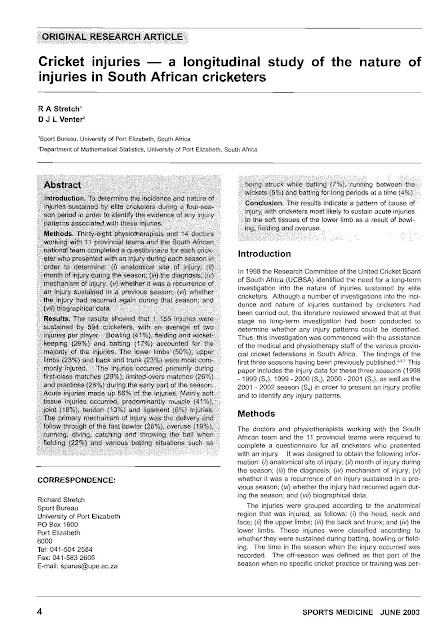 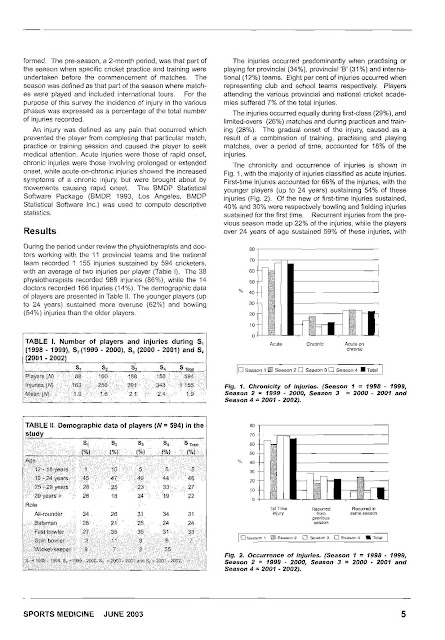 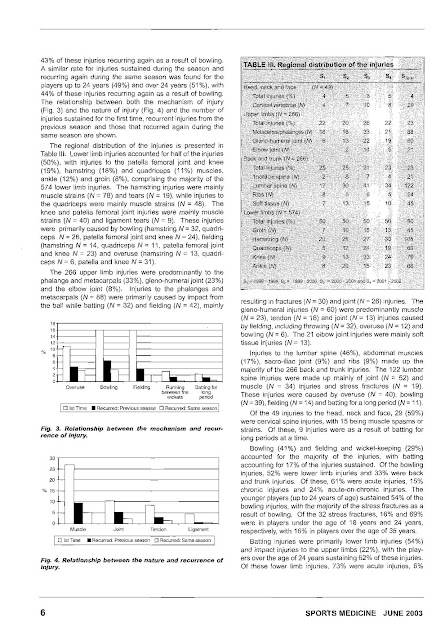 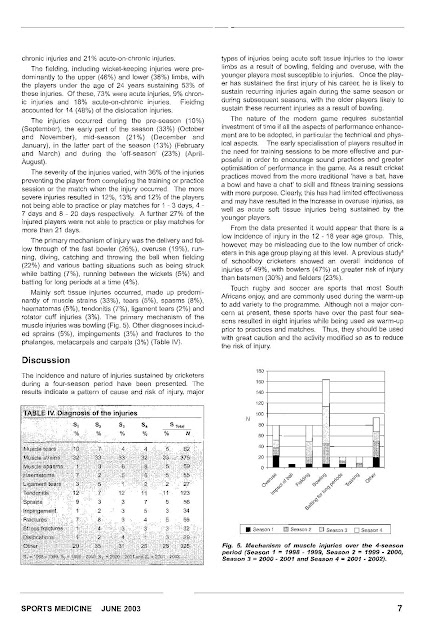 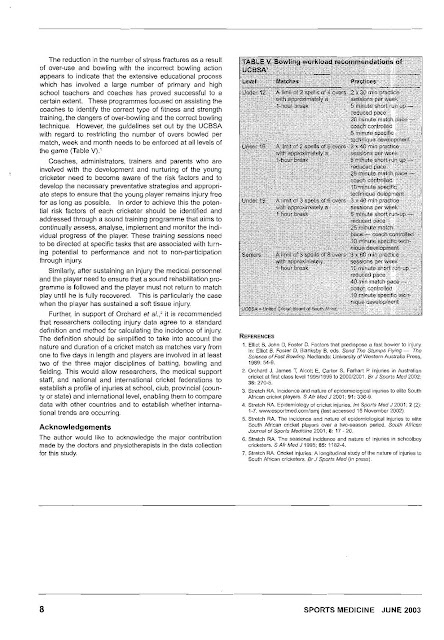