Harmless pills: Here’s how to treat pain with zero side effects

Opioid painkillers work by binding to opioid receptors in the brain, the gut, the spinal cord, and other areas of the body and stop them from sending pain messages to the brain. These drugs also affect the reward pathways in the brain, creating an addictive, euphoric buzz.

Vicodin belongs to the family of powerful opiod painkillers that include oxycodone, hydrocodone and morphine, which are also sold in combination with paracetamol and ibuprofen. There’s no data for India but in 2012, doctors in the US wrote 260 million prescriptions for opioid painkillers, which kill 40 Americans each day. What makes the situation worrying for countries like India is that these drugs can be bought without prescription in most places, which makes it difficult to track side effects and complications.

Prescription painkillers should not be a first choice for treating common ailments such as back pain and arthritis, say new US guidelines for treating pain released this month. The guidelines, which are not binding, urge doctors to use Physiotherapy, exercise and over-the-counter pain medications such as paracetamol and ibuprofen before turning to prescription painkillers for chronic pain.(http://www.cdc.gov/drugoverdose/pdf/guidelines_factsheet-a.pdf)

For acute short-term pain – for example, for backache or joint pain -- opioids should be limited to three days of treatment and be given in the lowest effective dose possible. The prescription should be continued only if the patient shows significant improvement, say the new guidelines that do not apply to treating pain from cancer, other debilitating diseases and end-of-life care, where strong opiates are necessary.

What also works is application of heat and cold to reduce pain, but you need to use the right therapy based on the pain trigger. By the rule of the thumb, use heat for chronic pain or an injury that is a day or more old, and cold compress for acute pain or a new swollen/inflamed injury.

Heat works best for muscular, chronic and recurrent pain. It relaxes the blood vessels to increase blood flow, which helps soothe muscle spasm, soreness and stiffness and eliminates toxins such as lactic acid that accumulates in muscles after stress from over exercising. Do not use heath therapy -- which can be applied with a hot water bottle, heating pad or hot towel --- within 48 hours of an injury.

Ice is used for injury that is recent, red or, inflamed, such as sprains. Cold compress narrows blood vessels to reduce blood flow, which reduces fluid buildup and brings redness, swelling and pain. It is most effective when applied within the first 48 hours of injury. Cold compress should be applied locally -- as an ice pack, cold towel or gel pack -- for never more than 15-20 minutes at a stretch to avoid tissue damage from restricted blood flow. 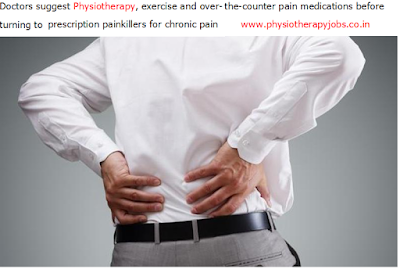